The 215,000 square foot, enclosed mall is situated on 17 acres located near the southeast corner of Highway 111 and Monroe St., in Indio, CA. The design plans include updates to the interior and the exterior of the existing mall property. A food court will be added to the retail space along with a children’s play area accompanied by shaded, outdoor seating in a tranquil park-like setting. 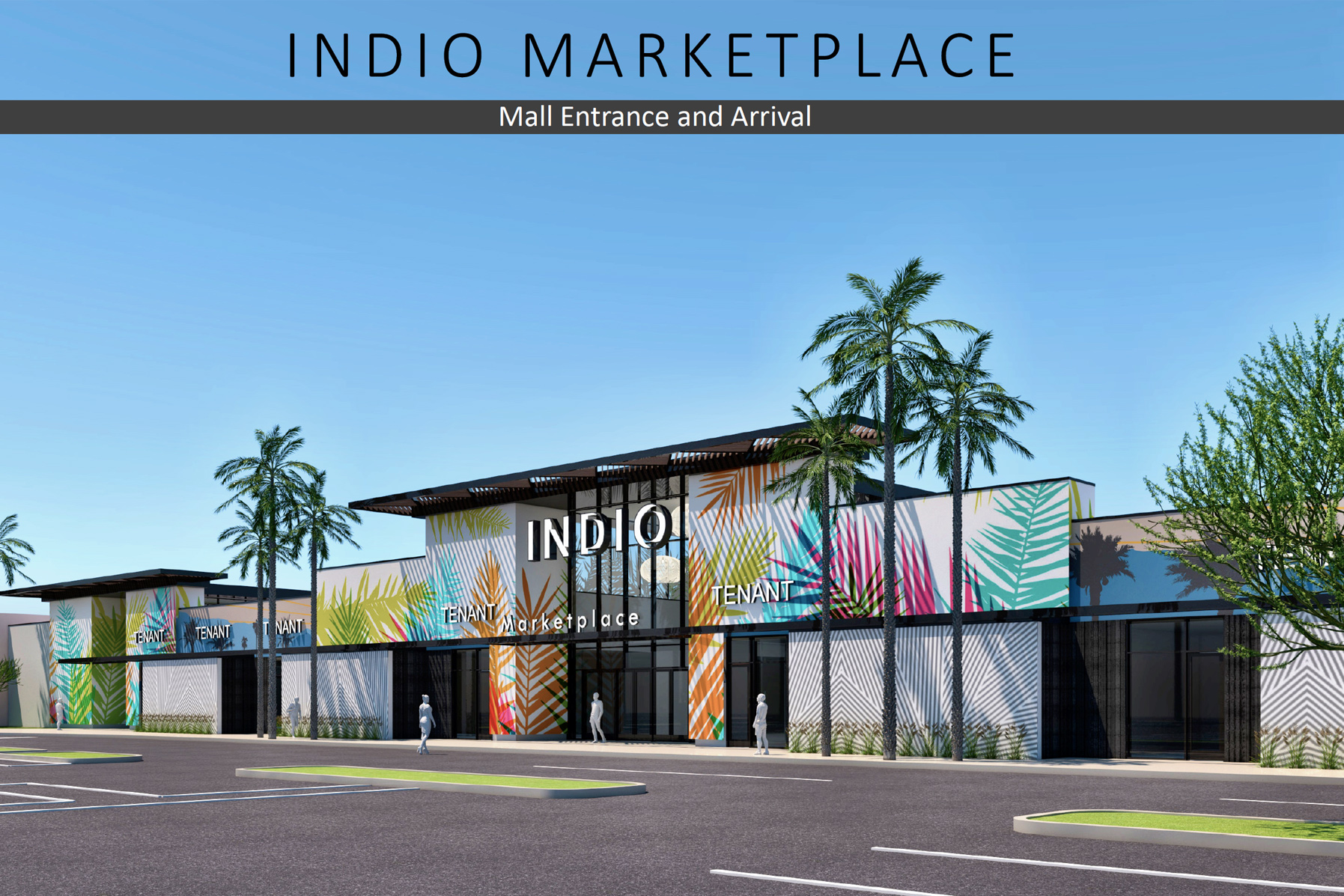 The land adjacent to Indio Grand Marketplace will be transformed into modern residential dwelling units and a new hotel. The project will include up to 350 new apartment units designed and built to appeal to local residents. Plans for the arrangement of the housing will center around a new three-acre public park which will flow up the spine of the southerly half of the development. The project also envisions a 3 or 4 story state of the art hotel carefully incorporated in the mixed-use design to take advantage of the spectacular views of the valley to the east and west. The seamless integration of residential, hotel, restaurants and retail elements of the project with the new city park reflects an implementation of the new community-based work/life development aesthetic that will attract attention, business and visitors from the entire Coachella Valley.

Indio Grand Marketplace and its retailers will remain open for business during construction.

The Haagen Company has been investing in the Coachella Valley since 1987 when they acquired their first property which has grown to be known as the Empire Polo Fields. In addition to Empire Polo the Haagen Company has multiple properties and development projects in the Coachella Valley as well as throughout southern California and Arizona.
To view and download the new development plans and leasing brochure, visit https://indiomarketplace.com/new-development/

Haagen Company, headquartered in Los Angeles, California is the successor to the Alexander Haagen Development Company, which, during the late 1980s and 1990s was Southern California’s largest retail developer. In its 50-year history, Haagen Company has been, and is responsible for, the development of more than 16 million square feet of retail space. Many of Haagen’s projects, which include more than 140 neighborhood, community, promotional and regional centers, feature a blending of off-price retail shops, family-style restaurants and entertainment in a quality retail environment.

For more details and images, visit the New Development section of our website.